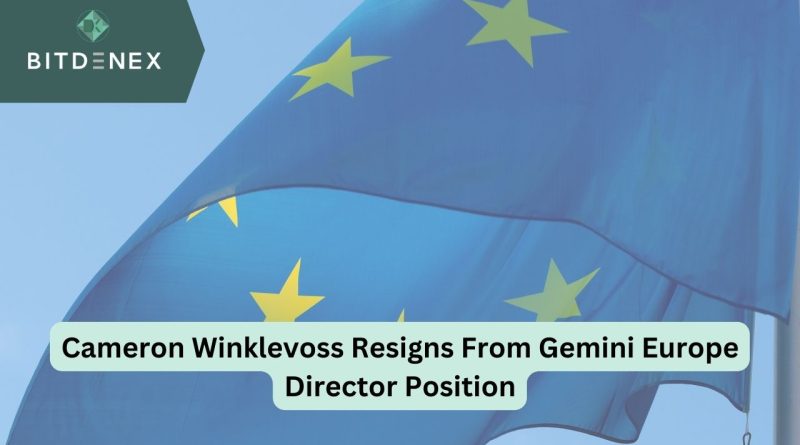 Cameron Winklevoss, a co-founder of Gemini and billionaire, has withdrawn from Gemini Europe’s board, a Companies House filing shows.

Gemini Europe is a wholly-owned subsidiary of Gemini, a cryptocurrency exchange based in New York that operates in 29 European countries.

Gemini was founded in 2014 by Cameron Winklevoss and his twin brother Tyler. Gemini is now the world’s 10th-largest cryptocurrency exchange.

In the early days of Facebook, the twins were quite well known in the mainstream media, which led to a series of highly publicized lawsuits in which the brothers sought multi-million dollar compensation for their supposed contributions to the company’s success.

Additionally, the brothers have gained attention for their generally bullish views about Bitcoin, which they regularly convey at industry events.

Decrypt has contacted Gemini for more information about the change, though it has not yet provided any explanation.

The firm’s executive leadership is currently undergoing some serious changes, and Winklevoss isn’t the only top executive to leave the board in the past month.

Gemini’s top executive leadership isn’t the only one leaving.

According to a memo released in June 2022, the firm plans to lay off around 10% of its staff due to “current, turbulent market conditions”.Around the same time, Coinbase also reduced its staff by a large percentage as a result of the “crypto winter.”

Use this link to sign up and start trading with 0% trading fees at Bitdenex Exchange.